The Corona pandemic will soon be over

It was mass hysteria. The lockdowns were a form of herd panic. Now we need a fresh start

The table below shows the number of deaths in Sweden during January – April for the years 2017/2020. There is a noticeable increase in April 2020. Official statistics for May will be published in early July. However, you can already see that the hysteria was exaggerated and the panic counterproductive. But a final verdict should be available with the publication of final statistics in July.

Lockdown or no lockdown

Sweden was one of the few countries in the world that did not implement harsh lockdown measures and has been heavily criticised for it. The death figures for April 2020 have now been released.

The immediate interpretation would be that lockdown was not called for. Figures for May will come at the beginning of June and give the final verdict.

People all over the world have suffered immensely from the lockdowns. Innumerable small businesses have collapsed, unemployment and poverty have increased and governments have had to spend billions for a variety of purposes which will in the end have to be covered by the taxpayers. Lockdowns were counterproductive. Sweden had a minimal lockdown. Yet, the number of deaths for January – April in 2020 in Sweden is not dramatically higher than for the same months in other years.

Figures for May 2020 will be available at the beginning of July.

I have received some comments suggesting that I should send my previous compilations to mass media since the material contains a fair number of facts that have not been publicised. I have therefore sent the material to Swedish Television (SVT) and the Financial Times (FT). SVT has not responded but I have had a lengthy correspondence with the FT. My correspondent argues that the FT have their own statistics. My argument was that I mainly used official statistics – not my ”own”. It should be added that I also made use of one of the FT’s compilations, principally because of the beauty of its graphics.

I pointed out that it was beautiful but full of contradictions and when I asked how the FT was able to access daily data on the number of deaths in all the regions of the world I did not get any clear answer. It is quite clearly impossible.

Here is the latest picture: 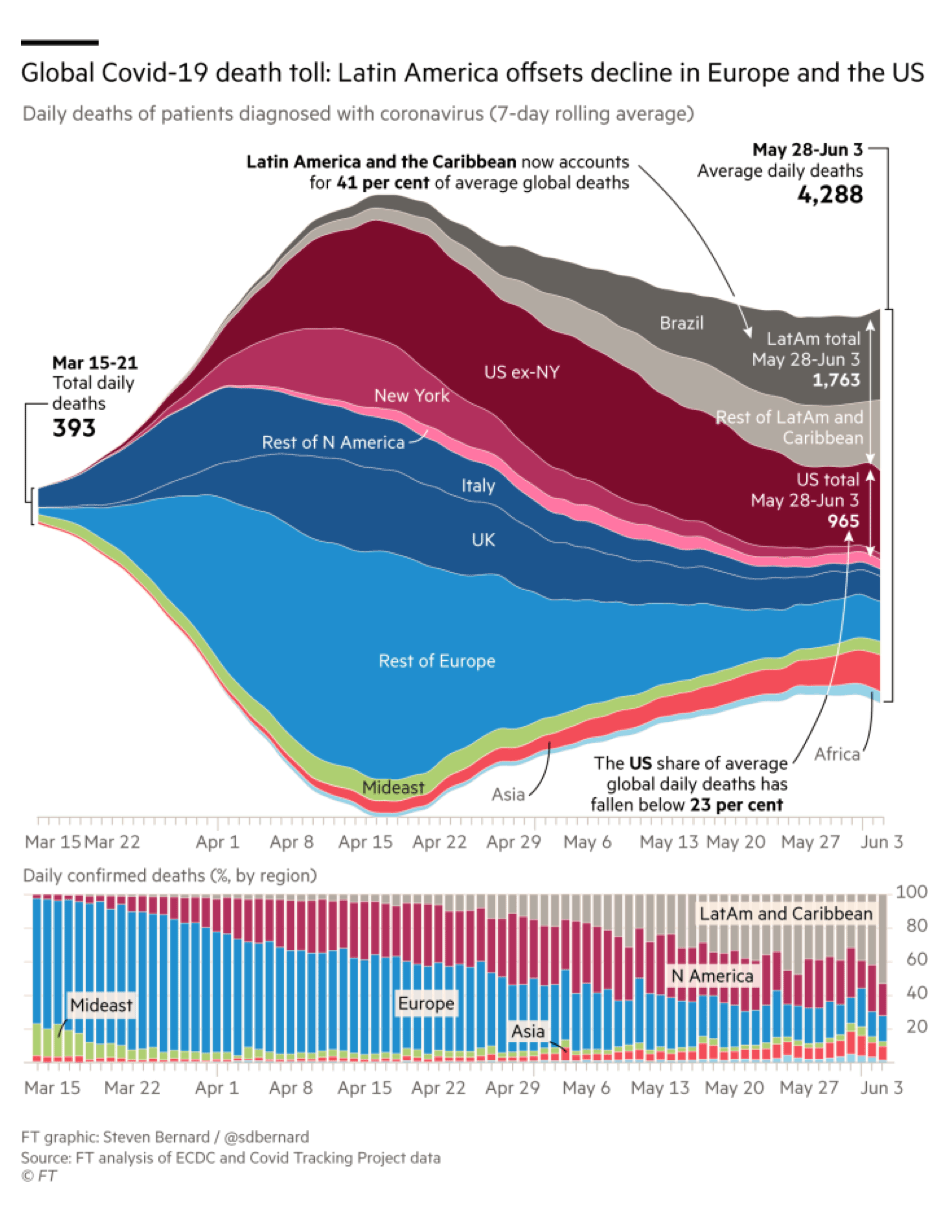 COVID (the Corona panic) brings to mind the stories of how herd animals panic and stampede over a precipice. Nobody can turn around a hysterical herd rushing towards the precipice. We must just all of us calm down and make a fresh start after the summer.