This is what Swedish media says

The shocking graph of Swedish infection: We may need a fourth dose

The graph of the spread of infection looks like a wall 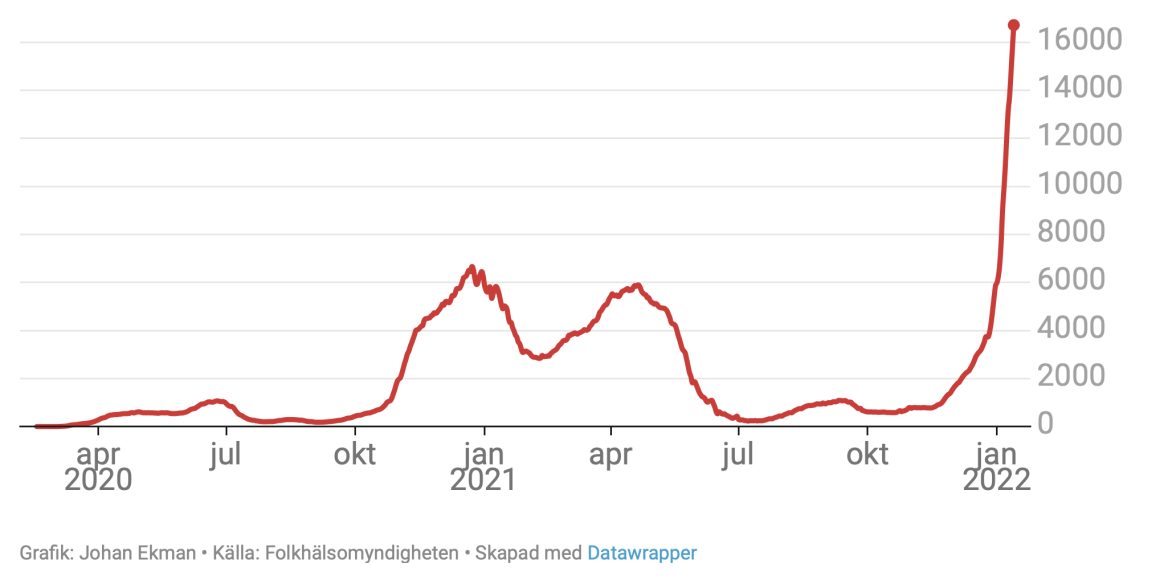 The spread of infection is increasing sharply in the country and in Europe and is expected to reach its peak at the end of January, according to the Swedish Public Health Agency. On Thursday, there was a new daily record with 25,657 new cases.

The graph shows a two-week average of the number of newly confirmed cases in Sweden - every day since the beginning of the pandemic.”

These are the figures from the WHO So, according to WHO it is not COVID-19 but the flu. While the vaccines have been shown to have a limited effect on the spread of COVID-19, no one has yet claimed that a fourth jab would have any effect at all on the flu. It is not developed to stop the flu.